May 1st Deadline - Where are we?

I may well be missing something here, so apologies if I’m going over ground that’s been covered elsewhere…

I’m looking for the new open source version of Corona (now Solar2d) SDK that will allow offline builds as of May 1st, so we can continue to build our apps and submit them to the various app stores. The previous posts on this subject seemed to suggest all that would be available, but I can’t find anything specific.

If we can’t have access to anything until May 1st for legal reasons as the SDK is still currently owned by CoronaLabs then apologies. Obviously very happy to wait until then if all will become clear tomorrow.

If not, some things that are worrying me, rightly or wrongly…

I appreciate it is going to be a very busy time for those involved in the transition, especially Vlad, but it would be massively appreciated if those of us who have invested in the continued development of Solar2d could be kept up to date on what the situation was. As I say, if we’ve missed the mark here and our lack of clarity is down to a misunderstanding on our part then apologies.

Thanks in advance and for all that’s been done so far to make Corona SDK such a brilliant piece of software - nothing else comes close for 2d game development in our opinion, so we’re desperate to see its success continue under its new name for a long time to come and will continue to support financially as much as we can.

Lack of information is always scary.

Based on the information available in Slack, the build servers will keep running for a few more months due to the following reasons mentioned by Vlad:

I guess that last bit ought to have been mentioned here too then? :P

Vlad has private repositories that he is working with since the build server related code was never made public. Once the first release ready offline build is done, then you can just download and install them like with the current builds.

Hello! Sorry for lack of communications. It is not great on our part at all. I was hoping to put alpha builds of offline stuff at the beginning of the week but then there was several family emergencies, so it got delayed. I would be pushing code changes soon.

You could contact the Gideros forums to see if some kind of merge was possible?

There is an ‘adaptation’ layer being worked on so that Corona programs can work without being changed in Gideros. It’s still at an early stage but already a Corona sample game is working unmodified:

Here is a thread about it:

Did you guys already knew this? Maybe Gideros could attract some users from Corona.

If you haven’t seen Gideros before, here are some of my demo games: 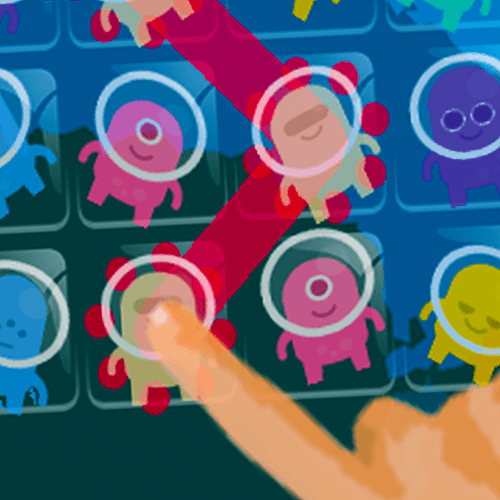 Deluxe Pixel Limited was formed in May 2019, it publishes ReportComplete (an end of term reports program) and lots of indie retro video games for mobile, desktop and html5.

The game “Deluxe Pixel Limited” does not exist. Did you mean to say, “Match 3 Martians”? I’m guessing so, as the icon you put here matches a game by that name.

@troylyndon - the forum link system must pick up on on my domains ‘twitter box’ and displays that. If you click the link then you will go to my ‘games’ page - all of those games were made using Gideros (similar to Corona in that it’s Lua based).

Now that Vlad has met his minimum fundraising goal, in such a short time, I’m sticking around here

lol. No I was thinking that merging the two systems might be a good idea. They share a common scripting system and have other similarities.

contact the Gideros forums to see if some kind of merge was possible?

Appodeal, the previous owners of Corona Labs Inc., paid (and are still paying for servers, if I understood correctly,) to ensure a smooth transition to offline builds and to a fully open source future for Solar2D. Going forward, us developers are funding Solar2D’s continued development.

For both of these parties, the priority is to ensure the viability of Solar2D as a development platform. As such, it doesn’t make any sense to spend resources towards any merging of the two engines until the offline builds are fully functioning.

After that, sure, there are aspects that the engines would benefit from each other. For instance, unless I’m mistaken, Gideros already supports Apple’s Metal, and it seems like its HTML5 builds are further along those of Solar2D. Then again, I am under the impression that Solar2D is a far more mature platform and that it packs significantly more features, APIs, plugins, far better documentation, etc. Plus, as a long-time Solar2D developer, I am biased towards “my platform”.

So the question would be: would the necessary parts of Gideros be merged into Solar2D and would all existing Gideros users be willing to change to Solar2D (or the other way around), or would both engines just copy parts of the other and keep going as separate entities?

Both Solar2D and Gideros developers are surely attached to their platforms and making them change would be a big ask. For instance, I’m funding the development of Solar2D and I don’t want to change. If it’s just about copying parts of the engines, then it’s a simple question of resources and there won’t be proper merger.

Yes, html5 export on Gideros has been working fine for quite a while, it also has options to use Facebook Instants, etc… Metal is supported, it also now uses OpenGL ES 3 on Android (and as fallback on iOS).

I agree, the Solar2d/Corona documentation and API is pretty extensive and more mature.

I think one place that both platforms could benefit is possibly some common plugin system. They are possibly the hardest thing to maintain and both SDKs would benefit from some compatibility. It may be a good starting point for further cooperation ‘down the line’.

What do you think?

Well, it’s not up to me to decide, but once the plugin related code is released (it might already have been, I’m not sure), then technically anyone could integrate the plugin system to Gideros as well.

The integration process could end up being quite a large project, I have no idea, and I am not sure you’ll find many developers here who’d be interesting in working towards that. Many Solar2D plugins also rely on native code and/or Solar2D APIs, which could mean that every plugin developer would need to update their plugins for them to work on Gideros.

Yes, I see what you mean. I think we will know more once the Solar2D source is fully released as you say.

Having another system out there that has a lot of features in common is actually good for Solar2D and Gideros. It means that users can carry on with their projects knowing that if the worst does happen then at least they know they can move to an alternative without too much to change.