The player is a circular dynamic physics body: density=2,friction=1,bounce=0

The elevator is a kinematic rectangular body: density=0,friction=1,bounce=0

Ok, we can’t use damping as it will affect the player’s movement on elevator itself. By the way we have gravity enabled in the game.

Here’s a video of the problem to help understand better what the problem I am facing is.
@vlads @roaminggamer

Here’s a code snippet I have trimmed unimportant parts to keep it simple: moveElevator is a Runtime touch listener and below is the function’s definition.

Then in the Update function, we just set velocities based on the direction of the elevator’s physics body i.e. sprite.

Seems like a simple misunderstanding about the fundamentals of physics.

Your elevator may stop at a moment’s notice, but the physics forces will still apply to the the player (and to whatever else may be on said platform). This is the same as driving without a seatbelt and then hitting the breaks.

You need to set the player’s y velocity to 0 as well.

@XeduR has a good suggestion there. I should have thought of that!

@Chris_31 - Nice looking game by the way. Thanks for sharing that!

@XeduR Thanks for the suggestion, but it won’t work for us as there can be multiple types of objects on the elevator that requires natural physics behaviour according to their mass. I believe whatever the force acting upwards on an object the instance the elevator is stopped, the object with high value of mass/density should counter the forces faster and thus should be less jumpy.

@roaminggamer Thanks for the compliment

It doesn’t quite work that way.

Another approach could be to place a joint on each object on top of the elevator when it starts moving and remove the joints after the elevator has stopped, of course this wouldn’t be quite as dynamic as just setting the y velocity to zero.

There are several ways of addressing this issues, and unless I am completely mistaken, then there’s no issue with the physics engine itself or with density not working, this is how it’s supposed to work.

Thanks mate, you have been really helpful.

Another issue is realism.

It feels right in the context of the game, but in reality an elevator that moved that fast and slowed that rapidly in the real-world would have the same effect on a human or object in the elevator as you’re seeing. It kind of makes me chuckle to think what that would look like.

Anyways, this leaves us with a conundrum. The Box2D physics library is trying to follow the rules, but the result isn’t what we want. i.e. We want fast movement (feels right in the game), but we also want fast stopping and objects not bouncing / thrown around.

@XeduR suggested some options and I have another. Instead of stopping the elevator abruptly, reduce the rate to zero over a short period just before it reaches the end of the move distance.

I think you can use the proxy helper from SSK2 to achieve this: 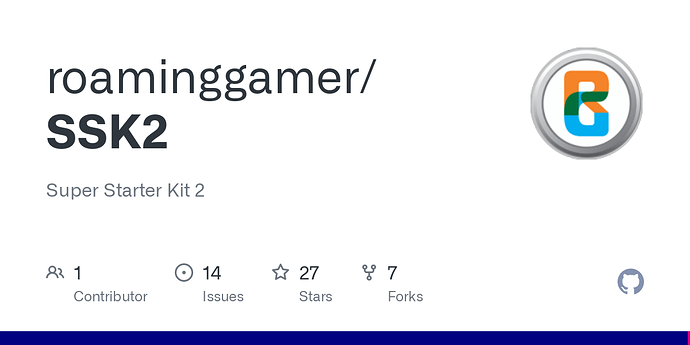 Super Starter Kit 2. Contribute to roaminggamer/SSK2 development by creating an account on GitHub.

You don’t need all of SSK, you can grab the proxy helper alone: https://github.com/roaminggamer/SSK2/blob/master/ssk2/external/proxy.lua

The general idea (code may not be entirely right) is something like this:

If this idea is at all attractive, you might code up a standalone test to check the code first and get it all working, then apply that to your game.

Alternately, if this is totally confusing but you want to try it and can’t work it out, post back. I’ll try to find some time to make a demo. I just can’t right now.

Thanks man, really appreciate the help. Looks like it solves the problem will try it and let you know if it works for us. Thanks for the nice little demo you made for us.