Is anyone experimenting with linking crypto wallets to your apps or websites? There are some interesting features with NFT’s - such as staking - and if we can link crypto wallets (MetaMask, Coinbase wallet) to our apps (or associated websites) we could be at the forefront of an interesting movement in gaming - NFT characters, character renting, land owning, play-to-earn environments and other gaming attributes yet to be discovered.

I was one step behind with crypto and a 1/2 step behind in NFT’s so I’m looking to be at the forefront of this next permutation of block-chain experiments.

If there is enough interest, we can set up a new discussion category.

I personally think of NFTs as a game of hot potato and I’ll steer clear from them.

Here’s an interesting video on the topic:
Line Goes Up – The Problem With NFTs by Folding Ideas: 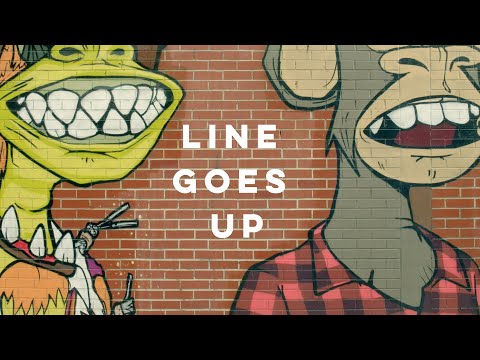 @Xedur - Yes!
I’m only part way through but I like this guy so far. He gives a really good, crisp and clear analysis.

My wife works in finance and was at Lehman Brothers during the crash and we talk about the similarities of the NFT and MBS derivatives market. Especially, who if going to be left holding the bag and who really makes the money in the end. Now add on crypto anonymity and there is a whole new layer of . . . who knows what. The GameStop run up was an example of this. We still don’t really know who the people were in the Reddit group who made all that money but we know that lots of little investors took a big hit in the end - like the homeowners in the 2008 crash.

That being said, there are some interesting projects that use NFT’s as a game element or as essential game mechanics. There is a layer below the hype that might be sustainable. I’ve been playing around in the critterz metaverse to try to understand some of the potential.

The part that is most interesting to me is Indie Devs using game-based NFT’s to fund their projects.

I definitely agree about the bad stuff but maybe there are some useful things we can glean off the top?

There are definitely some interesting gaming related applications that aren’t all bad, but I’m not sure if those applications actually need NFTs. Your examples, for instance, are things that could be done even without NFTs.

The biggest challenge for games, in my mind, is that

Here’s a nice simple example of why NFTs for cross game stuff is basically impossible https://mobile.twitter.com/tha_rami/status/1480404367459168258

@GrahamRanson1 First off - Congrats Graham on the new release!!!

That’s a good example is but a very literal interpretation of what you would use an NFT for. The actual image for the NFT can become quite arbitrary but the uniqueness of the NFT means that you can use it to link to other things in your game and get blockchain verification - the basic use would be that the NFT represents a skin or an item but it doesn’t have to be that at all.

For instance, I bought an NFT’s that gives me access to a metaverse but the image on the NFT means nothing - it’s just an optional skin I can use or not use in the world. Once I’m in the world, all of my achievements and activities and income are paired through the blockchain so the NFT is just the token that connects me to the game - verified by the blockchain. The in-game economy is a coin that can be withdrawn to your wallet and traded as well.

So it’s not necessarily about linking an image or item across multiple games but using the NFT as a utility in your game. I’m not sure what all the uses might be but people are starting to come up with interesting ones - like staking.

@Xedur you can get royalties on your NFT’s so you would benefit from any secondary market increase.
I think linking to a particular wallet (like MetaMask) would simplify the process and allow you to interact with the contents of each wallet in a centralized way.

I generally hate in-app purchases and feel that have ruined a huge number of games (a whole other conversation) but, that being said, people seem to respond strongly to the “ownership” aspect of NFT’s as they have, unfortunately, responded well to IAP’s. So maybe there is a way to do it well.

I’m wondering if under all the hypes and gimmicks of NFT’s, there can be some positive uses in a good game environment and the first step would be having an app that could pair with a wallet.

I’ve thinking about this these days, mainly because Instagram’s algorithm thinks i’m some kind of crypto guy for staring at NFTs and bitcoin rails for 5 seconds when they show up (to keep myself informed)…

I think it would be nice to make an NFT related app, as we can build bussiness apps with solar2D apart from games, but I couldn’t do any research to prove if it would be doable or not yet. I’m with XeduR about this NFT thing being a “game of hot potato” when it comes to trading, but as long as a big group of people (or a small one with big money) are buying, then it’s legit, at least for me. The good part is it’s really new, so an app with some NFT related functionallity can become a big hit in little time. Even an interactive app with a cool design, tips and experience based explanations (just informative, without any functionallity nor avatar selling) could be a big appstores succcess

The starting point as i see it should be to create a lua NFT library. Then it’s just a matter of implementation on each game/app that needs it. Just thinking as i’m writting about a big community project. This could be a side project that would bring tons of traffic to solar2D.

Even though “general population mindset” has been trained through the last decade about cryptocurrency, the general topic i see explained about NFTs is how to create and sell them, not how to exploit it’s functionallity. So competition will be really low until it becomes a “day to day” thing.

Yeah maybe i sound very profit minded with this comment but it seems to me that this is one of (but not reduced to) NFT targets, to boost graphic designing, trading, graphic card manufacturers, influencers and artists in general bussinesses’ at the same time, and developers can do the same when the oportunity comes up.

Yeah, it’s still a topic of interest for me but the market is driven so much by rabid speculation and impulse that it feels more and more like IAP’s - which are generally detrimental to making creative games as you spend so much time and energy trying to trick people into paying for something they should have already purchased.

What I originally found inspiring were several indie projects that have used NFT’s to fund their development but then you take a look at the big boys like Gala Games and you can see that it’s getting totally corrupted and the NFT’s are unattainable for regular folks with items selling for thousands of dollars - like big items and land selling for over a million GALA (which is at $0.24 today). Also the small projects I like only go up in value when they get random social media hype - not when they actually achieve something of value in their project.

For now I’m content to watch on the periphery - just knowing enough about the mechanics of the system in case I see a creative loophole someday. Creative loopholes are my jam.

I’m most interested in creative blockchain uses rather than cross metaverse pollinations - which seem to be pretty rare at this point - with each metaverse having it’s own coin and NFT’s.

I should have explained that the way I feel IAP’s and NFT’s ruin games is by becoming the center on the game at the expense of playability and creative design.

I like the idea of developing a Solar2D crypto library. Blockchain technology will eventually penetrate most everything in some way and the more decentralized, the better. Gaming integration is going to bring a lot of early utility to different chains and introduce new users/adoption to crypto along with wallet handling/experience.

I agree interoperability of NFT’s: characters, skins, gems between different chains/metaverses/games is unlikely, but the idea is being developed under the umbrella of several projects that games/land are being developed under. I like how NFTWorlds/Minecraft is being built on existing technology leveraging a broad developer/builder pool and existing users.

I think this would be a viable avenue Solar2D could take, a single Solar2D token that could be integrated as currency by any app built in the ecosystem. It would also open up NFT integration of some type of interoperable standardized ingame items/skins/weapons/gems??? One of the most important things a successful crypto project needs is a dedicated community

dApps are basically Web3 apps or browser extensions,. There are mobile apps for several projects and wallets, but I would say browser based dApps/dex’s and extensions/wallets are most popular and widely used.

Since almost any type of app can be built with Solar2D, html5 apps could be a focus. I believe html5 apps can’t make direct network calls, but if there was a plugin so html5 apps could communicate with Chrome Extensions in the browser, it would open access to crypto wallet API’s like MetaMask/Eth or Flint/Nami/Cardano. It’s done with React/JavaScript so I would think it can be done with a lua plugin, but not sure as I’ve never built a plugin.

This topic was automatically closed 180 days after the last reply. New replies are no longer allowed.