Solar2D program or mine

I was working on Christian Peeter’s Rolly Bear everything was fine then my monitors flickered they’re both brand new identical Samsung monitors. I then closed SublimeText 4, but Solar2D didn’t close completely for a minute.

I reopened sublime and solar, before bear’s head came up right away now it lag and spills over to the next scene.

I like the monitors, but I’ll return them if I have to. Is it my stuff or yours? 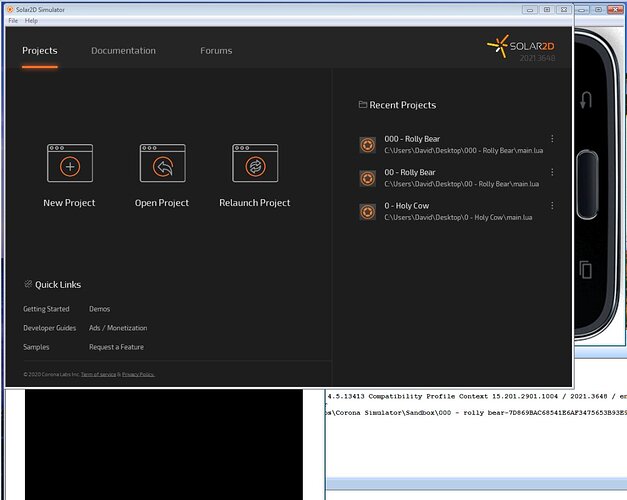 When you are referencing a specific code base or project, it’s a good practice to link them here so that others can access them straight away without having to Google them.

That being said, I googled the project and it seems to be over 8 years old. I’d be surprised if it worked out of the box. I took a look at the code available on GitHub and it seems to be someone’s learning project with dependencies that no longer exist in Solar2D, e.g. storyboard.

I fail to see why your monitors would have anything to do with Solar2D. Based on what you explained, it sounds to me like the project is buggy and you likely encountered an infinite loop or some other memory related crash that prevented Solar2D from closing.

To answer your question of “Is it my stuff or yours?”, it’s likely your stuff. That Rolly Bears project to be precise. I have never heard of monitors breaking applications, let alone affecting the computer in any way.

Great, thank you so much. I was trying to update the code as I went along. Don’t know about infinite loop, but I’ll look into it.
Thanks again