Is there are any plan for official support to be added for ads-based monetisation besides appodeal?

Plugins currently offered by third parties are the only option right now and this is not exactly the most desirable way forward for an engine that is focused primarily on mobile development.

As it is, there aren’t many third party options that are available now either. Agramonte has stopped support for their plugins which pretty much leaves Scott’s IrnSrc plugin.

Mediation aside, even the standalone Corona plugins for FAN, IrnSrc etc are old and quite buggy by this point with no support for the latest compliance requirements or new features.

I know that there’d be many like us who will happily pay a modest subscription fee for a plugin that was officially supported by vlads and others on the maintenance team as that’ll just be a far more reliable and up-to-date system.

Have you checked the plugins page? 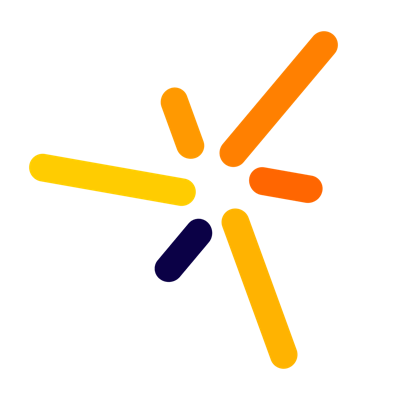 
I use AdMob, AdColony, Applovin, Chartboost and Unity. With the exception of Applovin, they’ve all been updated within the past six months or less.
famousdoggstudios June 8, 2021, 12:45pm #3

I did check the page and you’re right that they have updated the plugins but ios14 has definitely marked a significant leap in terms of the changes and new features that networks have had to introduce and I am not sure if any of these requirements are currently in place with these plugins. Will be nice if you could clarify in case I’m wrong but I did not see any updates on the documentation for these plugins-- things like ATT flags and other parameters that are to be set based on specific networks at the time of init are seemingly absent.

I know things still work with most networks without ATT and other privacy provisions but pretty much every one is going to move to bidding exclusively by the end of the year and a solid ads solution will be very good to induce confidence in Solar 2D’s future, imo.

Well, all I can say is that I build targeting iOS 14 and the ad networks I use are still performing just fine.

As far as I understand, there’s nothing really to do regarding ATT except for putting a NSUserTrackingUsageDescription in your plist. (Adding the SKAdNetworkIdentifier list from the ad networks you use is also helpful, but that all comes through the providers themselves.)

I don’t provide external support to my plugins but they are updated regularly (more than once a month), and use them in my games and apps (including clients). If you find an issue that impacts me and let me know by creating a ticket in GitHub I will fix it. I currently have ironsource for ios/android and mopub for android.

All plugins updated after September I put ATT in them. You don’t need ATT plugin for most of the plugins anymore, since it is built in and would ask consent when network.init() is called.

Sadly there are multiple issues still which are specific to different networks that haven’t been addressed in the plugins since quite long. As an example, on ios, the ironSource video ads completely cut out the app’s audio until the app is taken out of focus and brought back on.

Positioning of banner ads etc for FAN is also off for some devices and the documentation is generally not up to date, hence my concerns.

I don’t know what the situation between yourselves and Appodeal now is but please do seriously consider a second option for ads that also supports mediation and is more up to date.

By using Scott’s irnSrc plugin, we were able to show the ATT popup at a specific point in the app rather than invariably asking for permission when the app is first launched and hte network initialised. This is also what most networks have suggested and while users here might not have been effected significantly yet and I don’t mean to undermine the efforts you guys are making, I do know that sooner or later, the current ad provisions will fall seriously short.

With third parties, we end up spending more time pursuing individuals for fixing small bugs than actually working on our app. Agramonte initially withdrew support some months back and then we moved to Scott’s plugin but there are too many issues there.

Looking at the responses here, I cannot say for sure if many users feel the same way about this situation but my point is that we will be very happy to offer support in whichever way necessary if this is something that you feel like you might consider working on.

I can’t speak for Scott’s but for my Ironsource plugin if you find an issue just open up a ticket in github and if I can replicate it on my apps, I will fix it fairly soon. I update at least 3 apps a month with that plugin. Mine does not ask for ATT popup until you ask for it and I am working on adding the ironsource pre-popup dialog. Should be out this month. As for the FAN one if the source is available and you post the issue here with how I can replicate it, I would probably take a look at it. As far as documentation any changes I make if they get approved I will update the documentation. Please don’t take my tone in any other way other than trying to help your particular issue. I can’t and won’t speak about the direction of Solar2d or what should or souldn’t be done. But for your individual problems if there are things that I like doing (ad plugins), I will help.

Appreciate your helpful response. I will check our your plugin again and see if I have more luck with it.

I was just going through this link- https://github.com/agramonte/com.cabagomez/blob/master/Ironsource.md

Am I correct in thinking that setting hasUserConsent to false will prevent the ATT popup?

My plugin does not have any mechanism to show the pop-ups. You need the ATT plugin if you want to show it. I have apps currently like my family tictactoe app that never shows it. I put this in the review notes and it was approved as recently as last week:

This app does not ask for permission to use idfa nor does it use any sort of id. All service providers are notified not to sell the data, that no permission was giving for personalizing ads, and that all ads should be for a general audience.

If you select “hasUserConsent = false” in the documentation there should be a list of how that impacts the other mediation plugins. If you don’t see it there, you can look at the mopub plugin since that code is shared.

Looking at the responses here, I cannot say for sure if many users feel the same way about this situation but my point is that we will be very happy to offer support in whichever way necessary if this is something that you feel like you might consider working on.

I share your thoughts/concerns, currently using Appodeal in all of my apps but with that plugin not updated for months I’m thinking about switching to IronSource, though I want to avoid making the mistake to have to switch to another plugin months later.

Apart from the plugin updates I get the impression IronSource is a better choice looking at the development of that platform compared to Appodeal.

Based on my experience with Appodeal, I would recommend Ironsource over without reservations. Their returns are better (this could have more to do with the nature of our apps, though) and the mediation setup, integration and testing experiences are fairly optimised and supported with robust documentation.

Agramonte hosts their own plugin as they’ve posted here but having used Scott’s plugin, I have no problem recommending it. He is not exceptionally active here but over the months, he has done enough to ensure that things are updated frequently enough and has helped rectify issues that we pointed out to him.

There are certainly some issues and oversights in his implementation and it feels like he might have rushed it but it gets the job done.

I’m also hoping that if enough people support third party developers like Agramonte and Scott, they may have incentive to develop more proactively.

The only thing I don’t like about ironsource is their reporting. If you have something like Tenjin or are sending ad information to GameAnalytics it is not that bad. But the way they report impressions and revenue (at least for me) makes most of their fancy graphs and a/b testing fairly useless.

@agramonte, we’re going to put ads into one of our apps for the first time. I see from this string that you have an Ironsource plugin? Can you provide some wisdom about implementing ads that might save me some time?

I wish I had some brilliant insight. My observations the last few months at least for my apps. Facebook, Unity, Tapjoy, Ironsource, and AdColony provide the most fills for the most amount of money. Admob as usual will fill everything. My applovin, inmobi, smaato fill rate is dismal. Chartboost fills but it really depends on the quality of the ads you are getting since they appear only to play for installs. So I have periods of time where I make decent money but otherwise, nothing happens. Hope this helps.

@agramonte Azur Games is accepting prototypes, and as a top 5 hyper casual game company, they want us to implement AppLovin. Is it possible they earn more money due to a special deal?

Applovin eCPM is competitive. It is just that I don’t get much of a fill rate with them. I don’t know or can’t even imagine what kind of deals big companies have with them.

@famousdoggstudios for the record, the plugin has only been getting better and I do my best to get back and fix bug within 48 hours